“Politicians need to get their act together on climate change.“ This quote from Chancellor Angela Merkel´s climate advisor Hans Joachim Schellnhuber is almost two years old now and was originally pinpointed at the global warming conference in Doha, Qatar in late November 2012. 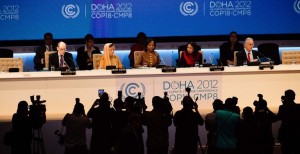 This year’s (2014) annual meeting for the COP 20 (“Conference of Parties“ by the UNFCCC) will be held in Lima, Peru the first half of December. Different location, two years later, controversial topics, but still the same hope for positive results or changes concerning our climate.

But rarely, it seems, does “SAYING,” that is, requesting or dire warning about the consequences of a warming of the global atmosphere go hand-in-hand with “DOING.”

Ever since the first complex of problems or at least the first negative noticeable changes in our climate started to appear, Germany was sitting in the front row of active nations with its eyes and ears wide open watching, listening and proposing strong and innovative ideas to help their citizens as well as the global community. Even though, Germany has mainly been untroubled by major climate disasters compared to other nations, our government and industry have recognized the importance and necessity of a changing climate and that we can support climate protection by multiple factors. On the international stage we have always been a respected and innovative partner…

…But, is our plan of action still up to date?

A simple no would have been too drastic a response, however, right now we are shifting too far away from our focus concerning climate issues.

Of course we are one of the largest investors to push renewable energy sources as far as possible. It is no accident that we produced a spike of over 50% of our needed energy by solar energy, admittedly after a weekend of very sunny June weather this year. Thereupon clouds re-appeared and solar production numbers declined as would be expected. But it shows our ongoing process of investing in our national renewable energy infrastructure.

In addition to solar we see evidence of huge increasing numbers in our wind energy programs and we are very proud of that, no doubt. [Source: B. Burger, Fraunhofer ISE mit Daten von DESTATIS und Leipziger Strombörse EEX – discussing the relative change of power generation looking at the first five month of 2014 comparing with the dates of 2013] 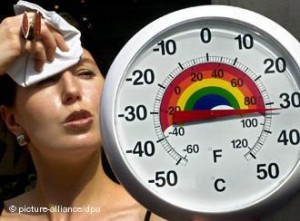 But looking back to the loudly promised “ambitious climate protection goals” set by Chancellor Angela Merkel in 2007 to reduce our CO2-emissions, we know today that even half way through (until 2020) we won´t be able to keep that promise (if it was even meant to be something close to a national promise or pledge).

Lately, our government in Berlin even received a letter from the EU committee quoting that “the Federal Republic of Germany expulses their commitments” according to our current climate policy actions. We did set brave goals to combat our global and local climate changes, but we all, including politicians and industry partners, need to put our prospective ideas and plans into action NOW.

Of course this is a complex national energy-development issue and no one said it would be an easy one to solve. However, if we can get others to share this idea, paired with broader understanding and motivation, I strongly believe that we can all accomplish a huge positive difference on Planet Earth.

Looking forward to the COP deliberations and negotiations in December, we can once again remain very curious with sharpened ears and louder voices and can promote action-oriented words as the ones above, I hope, if our politicians can agree on a fair and implementable Plan of Action.