With all the problems in the Middle East and elsewhere on the globe and the overwhelming lack of humanity displayed daily in the news reports and social media, I can’t help but wonder if society has hit a proverbial brick wall in relating and responding to flagrant inhumane acts of violence. It seems as if our society has unknowingly been seeking a fantasy world by turning to Super Heroes and Vigilantes who get things done by operating outside the law. The amount of political “red tape” that must be maneuvered and hurdled through to even begin to make a difference in remote parts of the globe and at times, even domestic locations reminds me of a circus. Has our admiration of fictional Super Heroes actually warped our view of justice and replaced due process with strangely dressed, abnormally sized figures lurking in dark ally ways?

For years Marvel Comics have been a national pastime through war and peace. The very first Marvel Comics’ Super Hero was “The Human Torch” in 1939, soon to be followed by Captain America created in 1941 ostensibly to give soldiers hope and a figure for Americans at home to rally behind. Through regime changes, drastic alterations in political affiliation and much civil unrest, Marvel Super Heroes, collectively, have stayed the same: A steady, un-flickering beacon enduring the storms of change, offering comfort and in a subliminal way creating a comfort buffer between individuals and the chaotic world outside their doors. 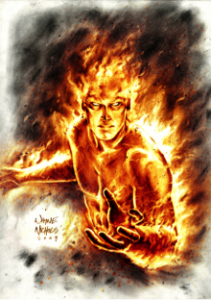 Take ISIS extremism in the Middle East, for example. YouTube shows a video of an American journalist being beheaded and it goes viral to the point of even being shown on CNN despite how horrible, inhumane and criminal it was. Many seeing or hearing about it even experience the rage associated with seeing a complete lack of regard for human life, and are left wondering, helplessly, what can be done to help. Send money to families of ISIS victims on the other side of the globe? Write a Blog about ISIS wanton cruelty? Start a riot in the streets? Many people have the interest and most the desire, but few actually have the resources or the ability to venture out of their current situations and comfort zone to get involved. If a catalyst was provided, who would take that first step? Alternatively, many would sit on their couch, pop a soda, beer or pour a glass of wine and tune to the latest episode of their favorite Super Hero like the Avengers, IronMan, or The Incredible Hulk?

Does “Marvel Super Hero Surrogacy” unknowingly replace our concern about what is happening worldwide? Allowing us to become comfortable on a couch, wrapped in a blanket watching TV and slowly becoming desensitized and uncaring?

Having been founded only a few years before WWII, Marvel, the company, had only a little time to sink its teeth into the comic book market, to make a name for itself that would eventually etch its characters’ names into our minds for generations to come. With comics like Spiderman and The Fantastic Four hitting the shelves, Americans were provided with an opportunity to fantasize more about the imaginary worlds of Icarus and Kargool, thinking less and less about the bad things going on in the world around them. Now instead of reading comics, we as adults zone out in front of a TV, PC or movie screen admiring the victorious feats of these fictional characters for their activities that,, when you stop to think about it, take place outside the law. We admire them for getting the job done quickly (in just over 2 hours!) and even rescuing the girl in the meantime. We see our favorite Super Heroes superseding the law with no consequences for their unlawful, but often successful, attempts to right the wrongs of society and government.

My concern is that our infatuation with these fictional characters stems from comparing their successes in fighting evil-doers in the short term to the years and decades that it takes for the law and “Due Process” to run its course. By contrast to the actions of Super Heroes, seemingly open and shut courtroom cases often require decades for resolution as lawyers find technical loopholes and seek lawful appeals to postpone court rulings. Patience is a virtue, but this perceived inaction often makes us angry at the system: we fantasize that Ironman will come and break down the wall and act as judge, jury, and executioner as happens in the movies. 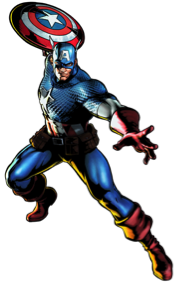 I believe that the high input of short bursts of dense information that we intake everyday has shortened our attention span. Now, instead of being able to sit in school for a 2-hour class, students become anxious and become bored in a matter of minutes. If through this lens is how we perceive the judicial system, then a case that should be closed very quickly and ends up dragging itself through the mud for 4 years will seem like an eternity to a grieving mother. If everyone simply has to head home and turn on the tube to eradicate their need for justice, what does that say about our social responsibility, interactions and obligations?

Indifference to confronting evil and inhumanity by some groups not only affects our personal lives, but also seeps into social circles and weakens political ideals. Hitler quoted that ““To Conquer a Nation, First Disarm it’s Citizens”. Is this happening now not with guns and objects of self-defense, but with our wits and skills of discernment and our ability to think critically about how inhuman actions far away can affect us? Has the printed and electronic media so bombarded us with information and constant bursts of “Breaking News” at such a high rate, that our minds have to accept what is thrown at us without questioning it or doing any research on our own? We have these Personal Assistants (Cell Phones) that can access nearly all the information on the planet and can even talk to us and answer when we address it. This should be the age of learning and advancement, not retreating to our homes or our smart phones and tablets, turning our brains off in front of screens that drain us of our desire to improve and strive for betterment of those less fortunate.

Imagine if all the hours spent watching the movies that leave us wanting for more action and violence that we are so far distanced from, was used for critical thinking and resolving some of these issues that people continually complain about. Because when you really think about it, you can type a mile a minute but in the end you’re only moving your fingers.

Is this contemporary wave of escape into the fantastic and exciting world of Marvel Comics simply a way for us put the aggression and anger on hold, and slip more and more into what has begun to appear more real than the conflicts in the Middle East? It may become apparent in coming years that this infatuation is actually more real to us than the homes we live in. 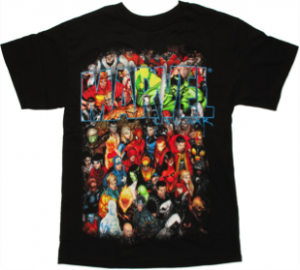